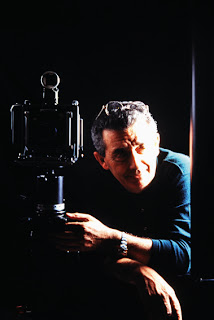 Pierluigi “Pigi” Omodeo Salè, born January 13th, 1932, in Vigevano, “the Fashion Shoe's city”, grew immediately his passions: shoe and photography. He took his first steps towards being a self-made man in his uncle’s firm. He developed his knowledge by focusing on shoes before starting his career as a photographer. In the mid 50s he opened his first studio and began his activity taking pictures of collections belonging to those shoe factories so numerous in Vigevano.
From a hobby, photography quickly turned into real work. Without ignoring other fields, he soon concentrated on the world of shoes.
During first years Pigi soon realised the importance of changes happening in the world of shoes and, making a chronological back-jump he, with his Rolleiflex, immortalised this changing phase taking photos from the collections of the late 40s. In this way he proved to be in advance and to understand the importance of history in the Fashion World.
In fact, in the section dedicated to the 50s, he includes about 800 models manufactured in the late 40s and early 50s.
At the end of the 60s, Pigi, the shoe designer Armando Pollini and the journalist Adriano Pizzocaro had the revolutionary idea of creating a magazine that could be the most important landmark in the world of shoes. The illustrated magazine “Foto Shoe” came into the world from this wonderful idea in November 1969.
Originally, Pigi was the only photographer of “Foto Shoe”, then in the following years he became chief photographer.
During the whole of the 70s his career was dedicated to the magazine, travelling all over the world.
During these trips the idea of taking photos of shop windows became reality.
The reportage, the results of taking shots in the best shops of the most important ‘fashion’ cities, began to be sold in 1977. In the following years they became a true photographic encyclopaedia of Shoe Fashions. More than 70.000 colour photos from 1977 to 2003 were concrete proof of this. In 1982 the same team left Foto Shoe and contributed in the foundation of ‘Il Mondo della Calzatura’, a new specialised magazine which immediately became a leader in the sector.
The 80s are marked by the “Il Mondo della Calzatura” becoming widespread in all industrialised countries producing shoes. Its fame was consolidated during the 90s, the years when Pigi began to be assisted by his son Luca.
A volume called “Calzatura – Documenti di fotografia dagli anni 50 agli anni 70” was published in 1990. It was a monographic book edited by Nella Zanotti, taken from the archived photos. With this book Pigi aimed at creating a valuable tool for designers and makers of women's shoes.
In 1998 he founded “Windows Shoes”, that was a new six monthly book which collected the window reportage. Immediately it was a success, commercialised in all the world, and it became a very important appointment for the world of shoemakers.
In 2002 he was in Paris with his son. As usual he was taking photos in the streets and his life ended, swept away by a car driver’s carelessness.
The Omodeo Salè archive historically represents 50 years of shoe evolution, emphasised by more than 150.000 pictures: from collections to fashion parades, from shoe shop windows, to exhibitions and museums.
In this half century of pictures, together with fashion and shoes, Pigi also loved another kind of photography, not belonging to trade, a little known side of his career, but tied to his artistic delicacy, but this is another story.
Pubblicato da magogiallo a 07:01